I’ve been alongside Bittnet since they gave me the opportunity to support them. This moment was the listing on the stock exchange. I saw in the first gong they gave when listing the company, the desire to do something extraordinary. I trusted their entrepreneurial spirit, but what convinced me the most was the character of the people. You may say I’m flattering them, but don’t rush to label me. They have the most professional and applied reports. And I’ve read a lot of reports from ’97 until now. I don’t think I’m wrong, if I say, that it is the only company that notifies the stock exchange when insiders are not allowed to make transactions in certain “sensitive” periods. Congratulations to them for the great results they have achieved!

Sky is the limit. Go beyond it!

I met Cristian and Mihai Logofatu in late 2014 when Bittnet announced its plans to go public. It was the time of launching AeRO by Bucharest Stock Exchange and I was in charge of both advisory and investment activities of INC Group. It was clear for us all that at the stage of development the set up with leading financial investor would work best. Having due diligence made we quickly deliver the capital. We knew we are invested in growth company. I think a big strength of the management is long-term approach, strategic thinking not restricted by short term deadlines. They know how to back business along the way, exploring all options available using different tools, more than money but also managerial support and executive appointments, a sense of employee ownership across the group. It’s truly progressive company in many dimensions. I appreciate their outstanding and authentic stakeholders communication very much. Growth is always on BNET agenda, I am sure of that. I think that the company can broaden its geographic reach and service and turn into a truly regional company. So the next level could be internationalisation contributing to the bottom line and shareholders wealth.

I know Cristian Logofatu from 2009 as we were both participants in offload competitions. But even when we were team mates in the same car, we never spoke about our businesses. Back in 2011 Bittnet team pitched at an event called Venture Connect and I was invited to participate. Although I didn’t have any previous investment experience, the fact that they were very good in explaining the potential of the company they convinced me to join the project as the first investor. Probably what I appreciate the most to the Bittnet project is that is core values are based on continuous education. Besides being a successful investment, personally I learned a lot during these last eight years. Meanwhile, this investment offered me another valuable resource that I really am thankful about. A lot of free time for projects that I care about. As regarding the figures, I remember that during the pitching back in 2011 one potential investor said that no company can have such a grow curve. He was right, the team didn’t deliver these figures, but better ones. And I am confident looking at the future, including the listing at the main stock exchange market. 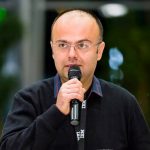 I met Cristian and Mihai Logofătu brothers many years ago when they said they wanted to double their company each year. I suggested to them to set up a board of advisors, which they did and I became one of the members. Later, when they listed Bittnet on the AeRO market of the Bucharest Stock Exchange, I became a shareholder. I also participated in several corporate bond issues. Bittnet is a solid, professionally managed company – an example for any company in Romania. 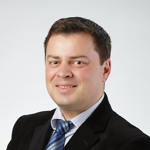 In 2015, I joined the Bittnet Advisory Board and in 2017, I initiated the first discussions with Cristian and Mihai Logofatu about the idea of ​​an education & technology company. Because we share the same values ​​and vision for the role of education and technology, it has been easy for us to decide that it makes sense for Equatorial to become a part of the Bittnet Group. Thus, in 2018, through a share swap mechanism, I became one of the Bittnet Group shareholders and I can with no hesitation say that it is one of the best decisions that I have made as an entrepreneur. Not only did I double my investment in a year, but every day I’m getting more and more confident in the company’s future development, and it was also why I decided to take an executive position within the Group in 2019, in order to further aid this development. 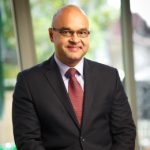 I joined Bittnet as a shareholder in 2017, when the company was already “on the wave” and many said the spectacular growth was going to stop, because the company grew significantly and it would be hard to keep up this rate. I actually thought the same but it did not bother me because I wanted to invest in Bittnet for the long turn. Nonetheless, I was convinced that the returns will still be higher than those of many other companies because I saw the management’s seriousness and openness to transparency, as well as I recognised that the IT industry as a whole is going to continue to develop. 2 years later, I am very happy that the the growth rates have been maintained and the expansion of the company continues, so at this point, I do not exclude an even further wave of growth, much larger and equally unexpected for many. 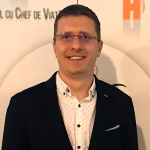